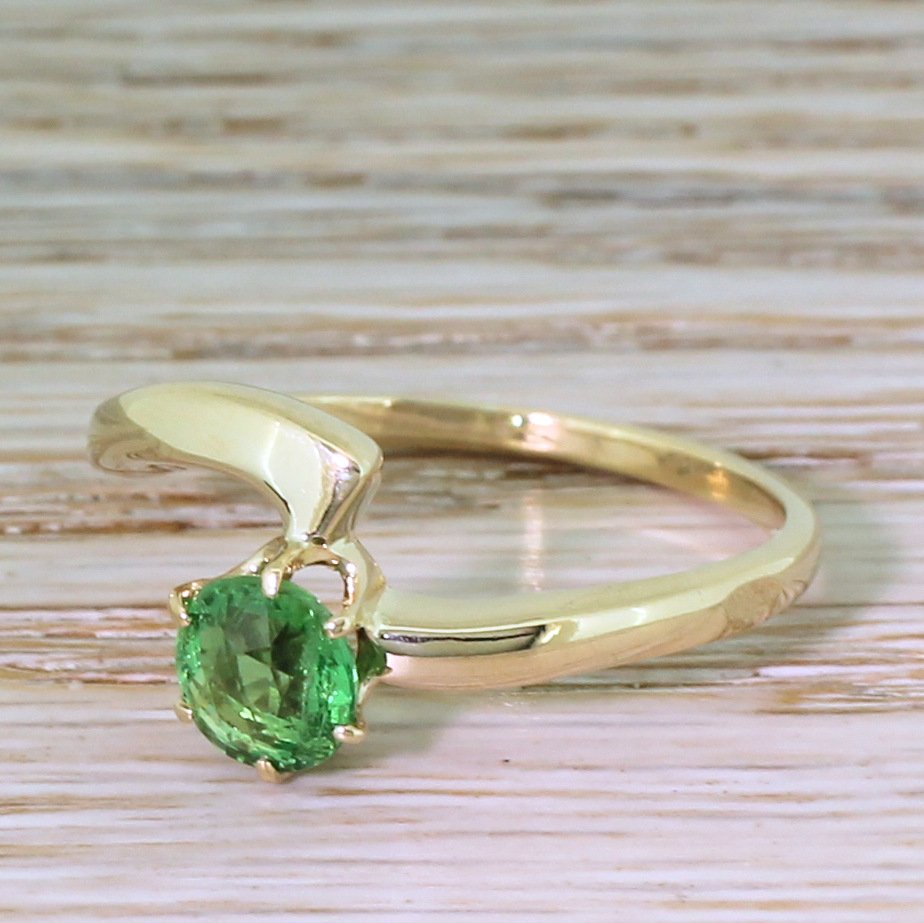 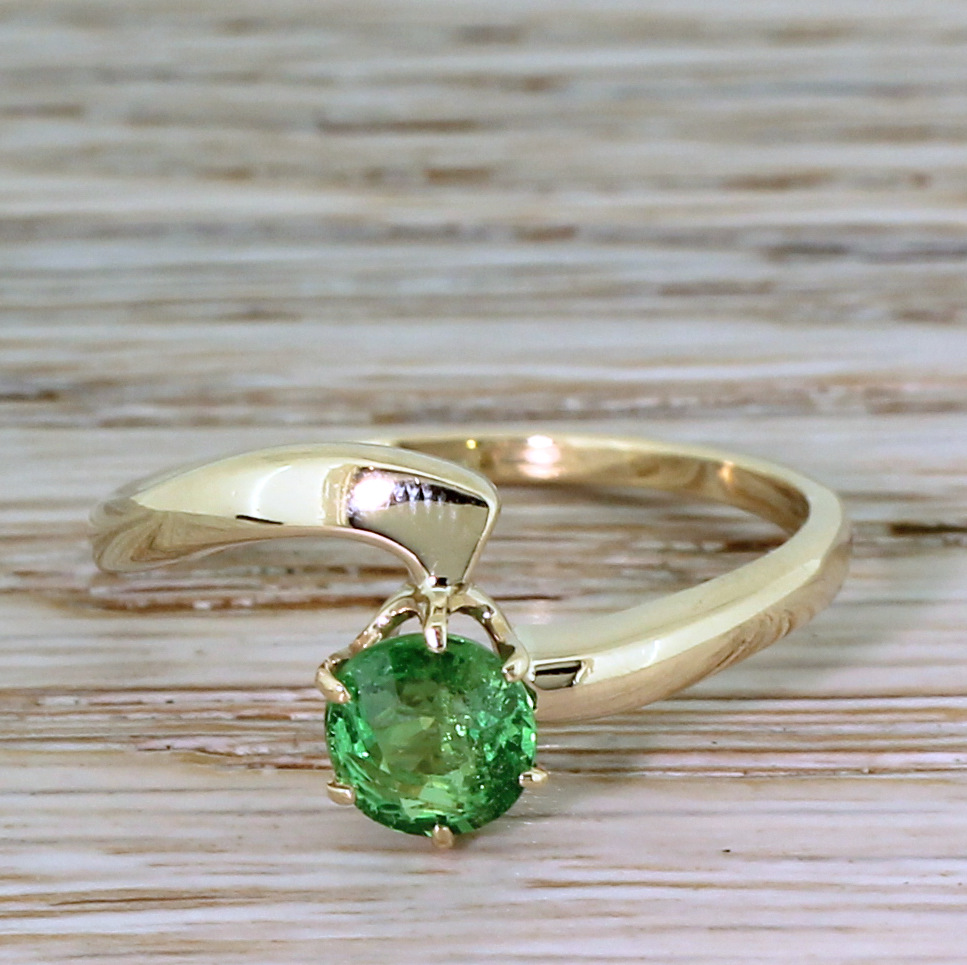 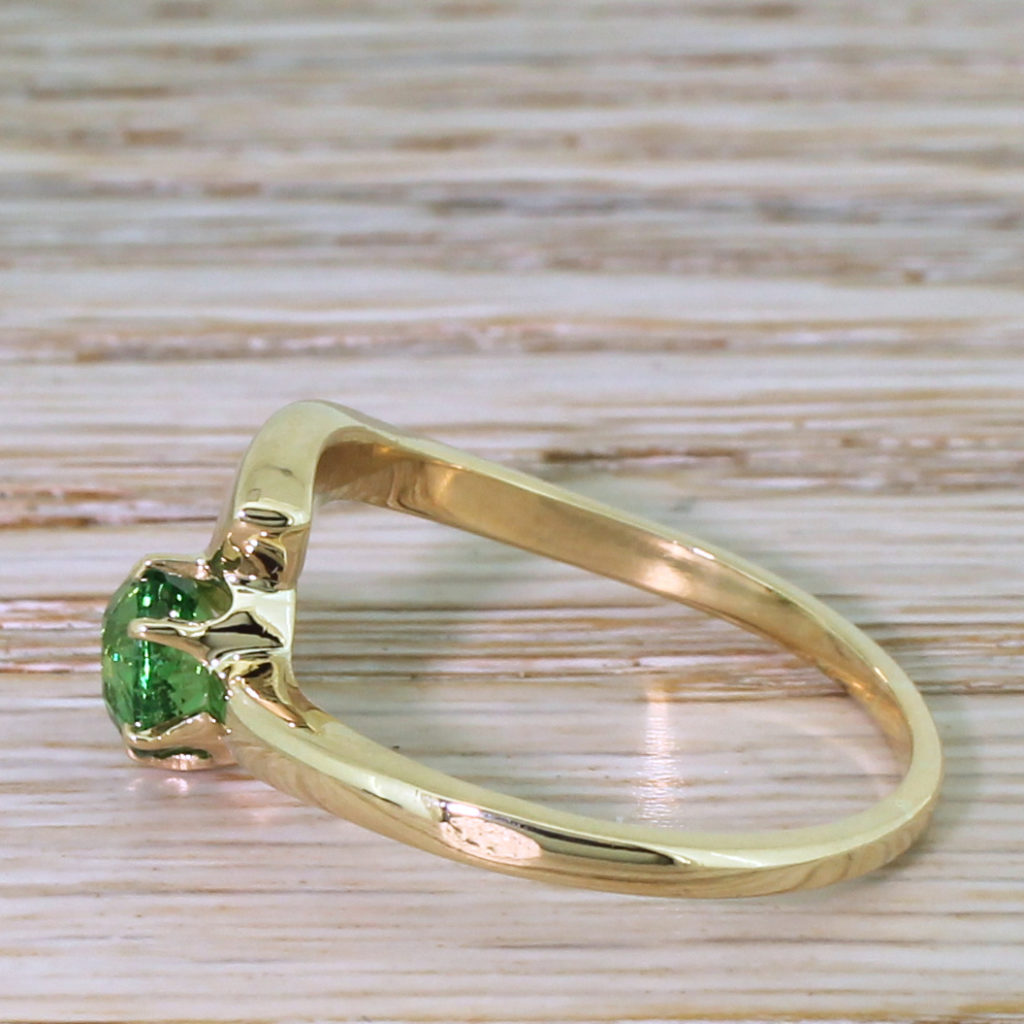 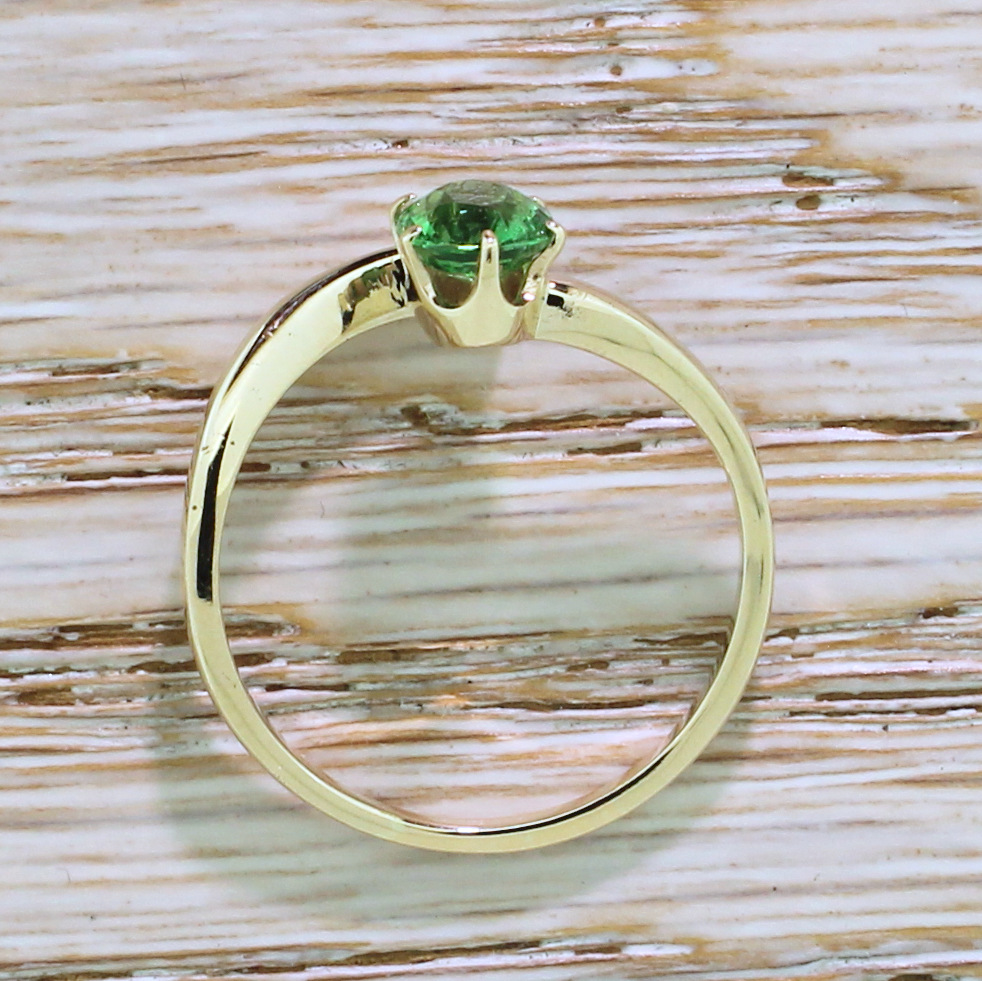 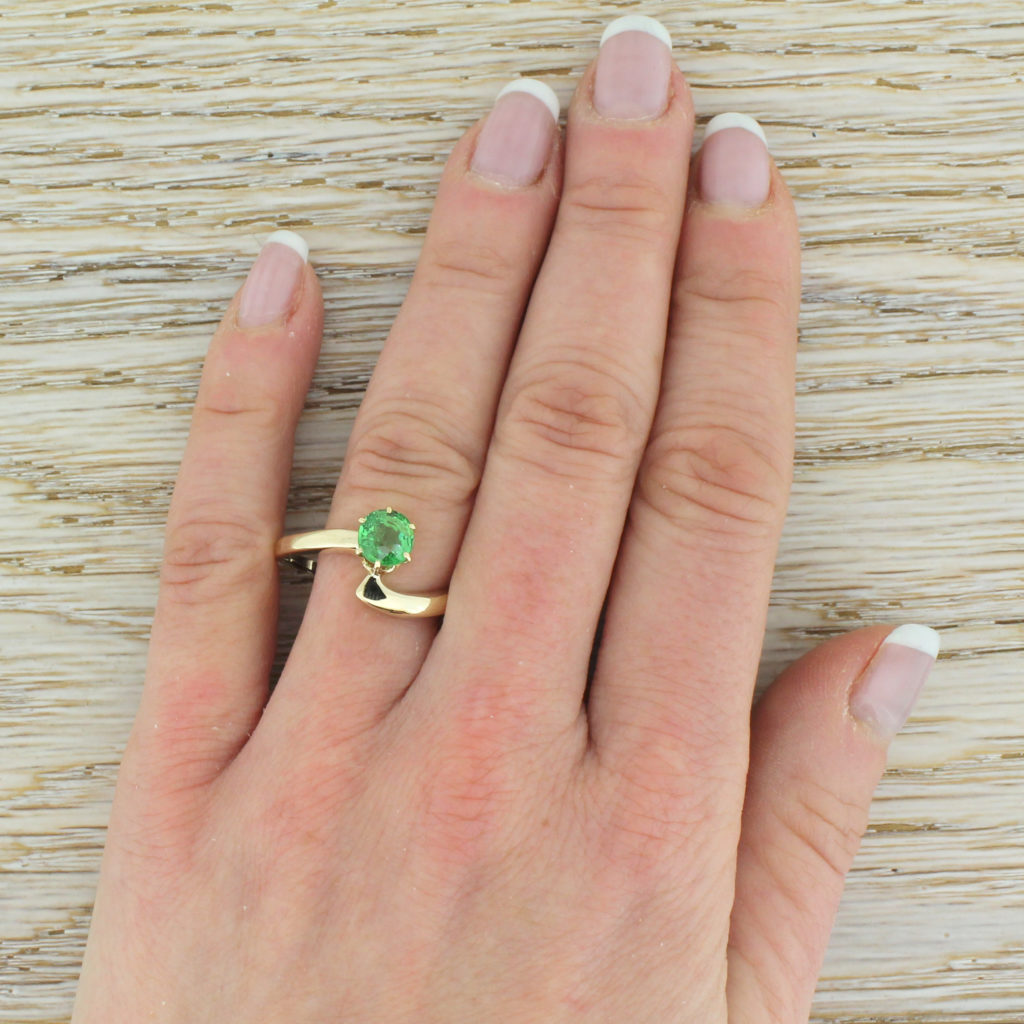 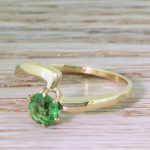 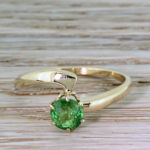 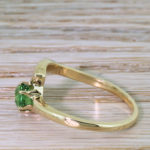 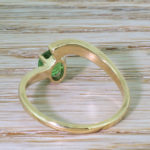 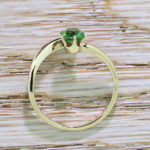 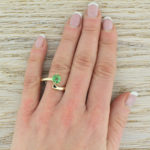 A fabulously individual demantoid garnet ring. The garnet displays an intense, electric yellowish green that is so bright it seems almost other-worldly. The stone is secured in a six claw coronet collet that sits within a stylishly asymmetrical shank.

Clarity – Some visible inclusions in the garnet, which is common and expected in demantoids.

Measurements – The garnet is approximately 6.4 x 6mm. Sits 6mm from the finger.

Explore out latest finds below.