Eye miniatures, more popularly known as lover’s eye jewellery, cropped up across Britain and Europe in the late 18th century. Lover’s eye pieces were popular amongst couples for around half a century, before disappearing almost entirely.

It is estimated that around only a thousand genuine lover’s eye pieces still exist. But where did they come from? And what did they represent?

The origin of the lover’s eye

Historically, lover’s eye jewellery is said to have been invented by the rebellious Prince George of Wales in 1785. He was in pursuit of a woman called Maria Fitzherbert, a woman he was not legally allowed to marry. In trying to woo her, he sent her a small portrait of his eye in one of his love letters, before then marrying her in secret.

Following their marriage, she then commissioned a tiny portrait of her own eye to be work in a locket around the prince’s neck. Their relationship was ill-fated, but thanks to them, a new jewellery fad was born.

What are lover’s eyes?

Just as those created by George and Maria, they are tiny portraits of one’s eye, designed to be worn as part of a piece of jewellery. They were little eyes painted on small pieces of ivory, no bigger than a fingernail.

Many pieces of lover’s eye jewellery depicted the eyes of a spouse, or even a family member. However, most pieces depicted the eyes of a lover. The fact that it was only the eyes – or even just a singular eye – meant that the subject’s identity often went unknown. They became an illicit way of carrying around your lover without others noticing.

Miniature portraits in their entirety had grown in popularity throughout the 18th century, such as seen in this brooch (created much later, around 1910), but eye miniatures were even more popular than their predecessors. Georgians grew fascinated with the concept of looking and seeing; a look could convey love, lust, even surveillance. This made lover’s eye jewellery precious and intimate. 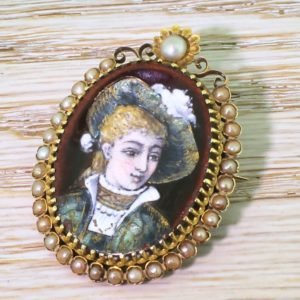 However, the trend began to peter out toward the middle of the 19th century. Photography was introduced, and it became easier to obtain a picture of one’s beloved. Thus, lover’s eye jewellery faded into memory, and very little remain today.

Lover’s eyes are particularly unique collectible pieces, because they don’t fit into just one category: they are part jewel, part portrait. They were often set inside extravagant brooches, rings, or suspended from necklaces. It would not have been out of place to see a necklace, such as this one, with a small lover’s eye hanging from it. 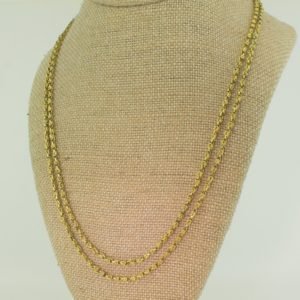 You may have even seen a ring like this sapphire one with a portrait at its centre.

Pearls in lover’s eye jewellery were often associated with tears, so they often framed the portrait of a deceased loved one. Diamonds represented fortitude and longevity and would have framed the eye of someone very close to the wearer’s heart. Often, they held space for a lock of hair behind them, so that the wearer could carry a literal piece of their beloved with them at all times.

As we’ve already mentioned, there are less than 1000 pieces of authentic lover’s eye jewellery still in existence, and most of these pieces are homes in museums. Despite how bizarre these pieces are, they are also somewhat mesmerising – Queen Victoria herself was a massive fan, and used to commission lover’s eyes as gifts.

They are incredibly rare and hard to find, and if you come by any they will come at a cost. So, if you want a piece of lover’s eye jewellery for yourself, you should try to have a small eye painting commissioned that you can attach to a locket yourself, or even add it as a charm to a necklace from the period, such as this  Victorian topaz drop necklace. 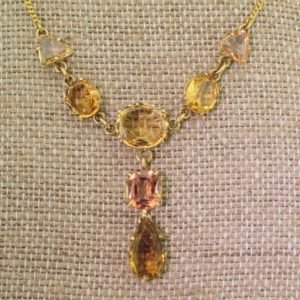 ⟵ Animal Motif Jewellery Through The Ages
Back to the blog
Jewellery Around The World: Egyptian Jewellery ⟶