When people think of red gemstones, they think of rubies. Blue brings sapphire to mind. And green equals emerald. Right? Well, kind of. Because of the sheer number of naturally occurring gemstones, it’s common for there to be more than one type per colour.

There are many, many green gems, the most popular being emerald and peridot. While both gems are broadly the same colour, they are distinctly different shades of green; emeralds tend to be a deeper, more verdant hue whereas peridots are a touch lighter and more olive coloured. We’re here to explore both emeralds and peridots to help you decide which one is right for you.

Emeralds come from the mineral beryl, which is a combination of beryllium, aluminium, silicon, and oxygen. Add chromium to beryl and it turns green – and becomes an emerald.

The best examples of peridot typically come from Burma and Pakistan. It is one of only two gemstones (the other being diamond) that is formed in the mantle of the earth, a level deeper than all other gemstones. Both peridots and diamonds are brought to the surface of the earth by geological events such as volcanic activity and the shifting of tectonic plates.

Peridot is a variety of olivine – which is composed of fayalite and forsterite – with the depth of the green dependant on how much iron is present in the stone. 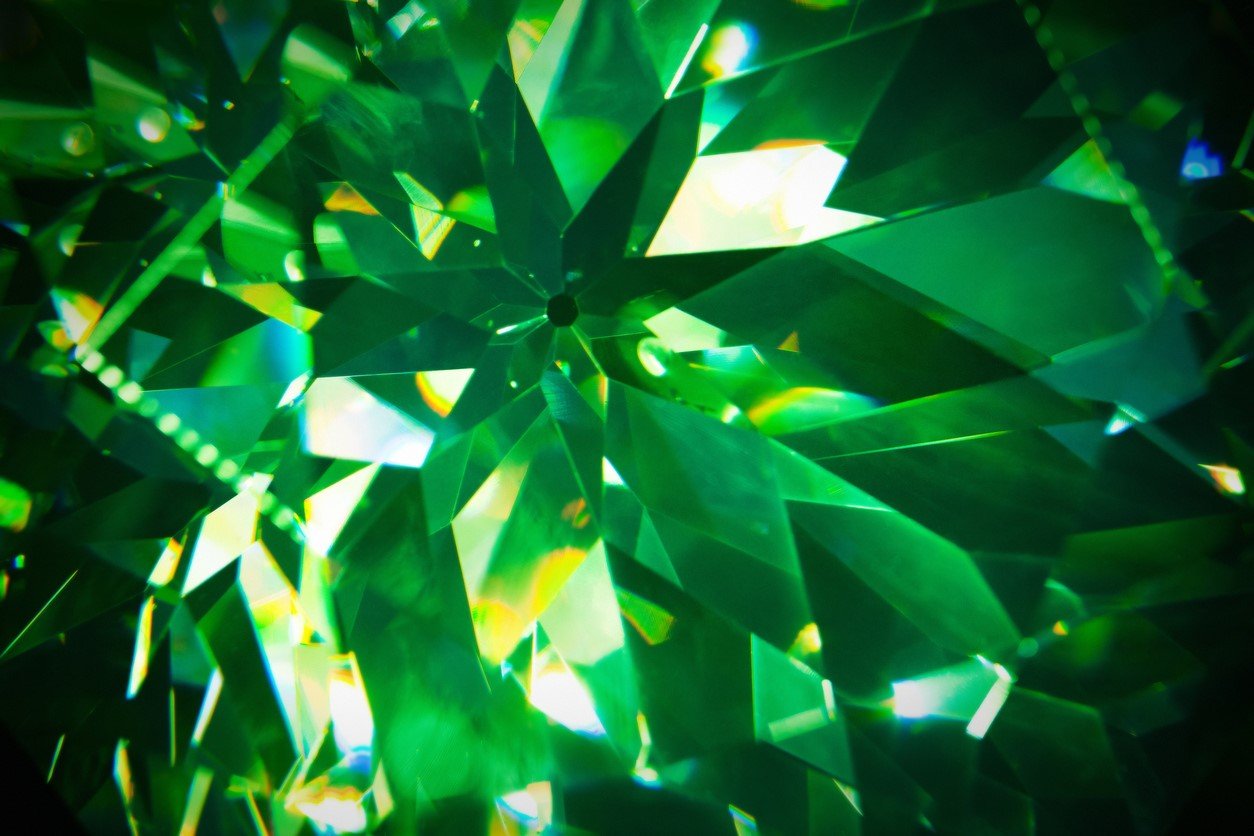 Emeralds are rare, especially when looking for large, high-quality examples. Their rarity, combined with their beauty and historical significance, make emeralds a very valuable stone, costing anywhere up to £5,000 per carat. This depends heavily on the quality of course, which is measured in the same way as with a diamond by using the 4C’s – colour, clarity, cut, and carat.

On the other hand, peridot is considered a semi-precious stone and, although stocks are scarce, it is more abundant than emerald. It also generally costs much less and can be found at under £100 per carat. Again, it is graded using the 4Cs, and its value can fall dramatically with the presence of internal inclusions.

Emerald has been highly prized and sought after throughout history, with evidence of it being traded as early as 4000BC. It is the birthstone of May, the stone of the zodiac sign Cancer, which is often associated with Ireland (although it is not found there naturally) and is said to open the heart.

Early records show peridot being mined as far back as 1500BC. It was often mistaken for other, more precious, gemstones. Legend has it that peridot was Cleopatra’s favourite gemstone, although she believed it was emerald. It’s one of several birthstones for August.

Emerald jewellery is greatly desired because of its value, beauty and rarity. It can be pricey, too – sometimes even more so than diamond jewellery. It’s often set in yellow gold rings, such as in this glowing Emerald and Pear Cut Diamond Ring. 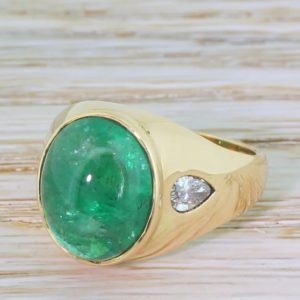 Because peridot is a much less valuable gemstone, it is often found in pieces of much lower quality and value than emerald jewellery. Peridot stones might be set in sterling silver or as opposed to emerald which will usually be set in high carat gold or platinum.

There is a range of other, lesser-known green gemstones aside from emerald and peridot, including: