Home / Blog / A Guide to Vintage and Antique Men’s Jewellery

A Guide to Vintage and Antique Men’s Jewellery

Jewellery has been worn by men for centuries. Today’s men tend to favour simple, functional items like cufflinks, watches, and wedding bands. In the past, however, men’s jewellery was often more extravagant.

Archaeological evidence tells us that, in ancient times, men wore jewellery just as much as women. Right up until the 19th and 20th centuries, the jewellery worn by men was much flashier than modern trends. What follows is a look into antique men’s jewellery trends focusing on the Victorian, Edwardian, Art Deco, and Mid-Century eras.

The Victorian age was a time of change in all aspects of society. Technological advances meant that jewellery could be mass produced rather than painstakingly made by hand, reducing the cost and making jewellery available to more people. 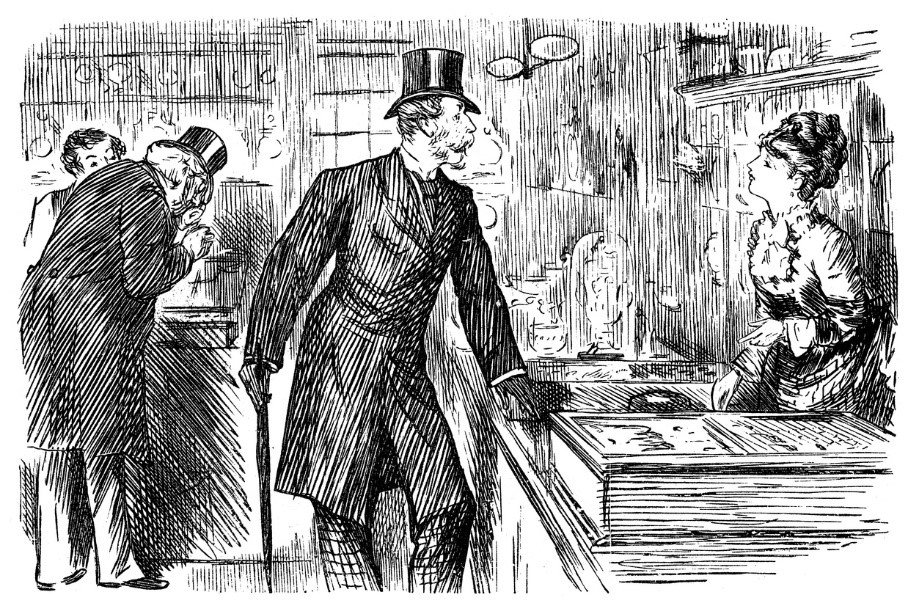 Jewellery designers of the time took inspiration from the pastoral world and featured regular motifs from nature. By and large, Victorian men wore dark clothes, allowing bright jewellery in yellow gold and silver to stand out.

Signet rings, intaglios and cameos were popular, and these styles have never completely disappeared, seeing a resurgence in the 1950s, 1970s and 2000s. Signet rings have an engraved or raised symbol, series of words or coat of arms representative of its wearer. They were historically used to seal letters and give authenticity to documents.

The years between 1901 and 1914 were the Edwardian period – a brief but important time in British design history thanks to movements like the Art Nouveau. Jewellery at the time was elegant and refined due to the employment of filigree techniques and high-set diamonds.

Millgrain and fretwork created intricate designs. After the mass production of the Victorian age, the Arts and Crafts movement championed the individuality of the craftsperson, meaning that jewellery of the time is often one-of-a-kind. These cufflinks are made from rock crystal and were laboriously hand-carved and painted. 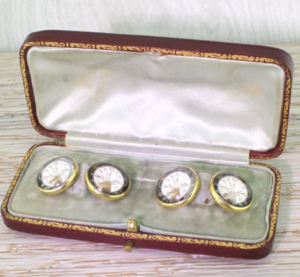 The Art Deco period lasted between 1915 and the outbreak of World War II. After the restraint of World War I, the arts were influenced by movements like Futurism that reflected a ‘loss of innocence’ associated with the mass-destruction of wartime. The Bauhaus was an art movement centred in Berlin that was known for its geometric lines, use of metallics and new plastic materials.

Jewellery took on new forms, emulating shapes found commonly in post-war architecture. Coloured enamels like green, blue, coral, and red were set against gold, rose gold, and chrome. These motifs were commonly used in men’s jewellery: in chains, rings, tie pins and cufflinks, although women’s jewellery still dominated the industry at this period. Apart from some designers in Paris like Suzanne Belperron, the jewellery industry was mainly led by men, designing for women.

The mid-century period ranges from the post-war years up until the early 1970s. This era marked a return to prosperity after World War II which had left the whole of Europe ravaged. When food rationing was lifted in 1954 it signalled a sea-change in society. Exciting new styles of homeware and fashion were soon developed, and this did not exclude men either. Oversized cufflinks, bold tie pins and neck chains were commonly worn.

Colour and bold design were common, mirroring the mood of the time: bright, young and optimistic. These lapis lazuli cufflinks from 1965 are a great example. 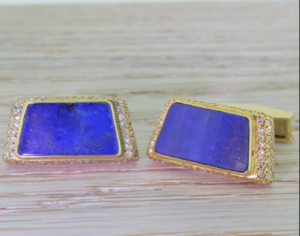 The 80s and 90s were the post-modern periods that resulted in bold architecture, design and fashion all over Europe and America. With it, came the biggest change in how jewellery was worn. Popular culture had a huge effect on jewellery design in this period. Androgyny and New-Romanticism meant that men and women dressed similarly for the first time in history, and with the beginning of hip hop and rap, jewellery was again worn as unapologetically by men as it was by women.