Home / Blog / The Intriguing History of the Choker Necklace

Although usually associated with contemporary fashion, chokers are very much a piece of jewellery history – worn by women throughout the ages along with necklaces and pendants. A choker is a necklace worn high on the neck and generally tight-fitting, although wider chokers are sometimes known as dog collars. Historically, chokers have been regarded as being ‘high fashion’, but there have been periods in history where they were associated with prostitution.

This blog covers the choker’s long and interesting history from ancient times to the present day.

Chokers in the Ancient World

Chokers have been around for thousands of years and have been discovered in archaeological finds and representations in statues, paintings and mosaics. Some of the earliest examples are from Sumer, a civilisation in the area of modern-day Iraq that existed between 4500-1900 BC. These examples are intricate, mainly made from hand laced beadwork or metal.

This Sumerian choker is dated at 2600 – 2500 BC and was found on one of sixty-eight women and girls laid out in part of a royal tomb. The necklace is likely to have been extended by cloth straps at the back which tied behind the neck. 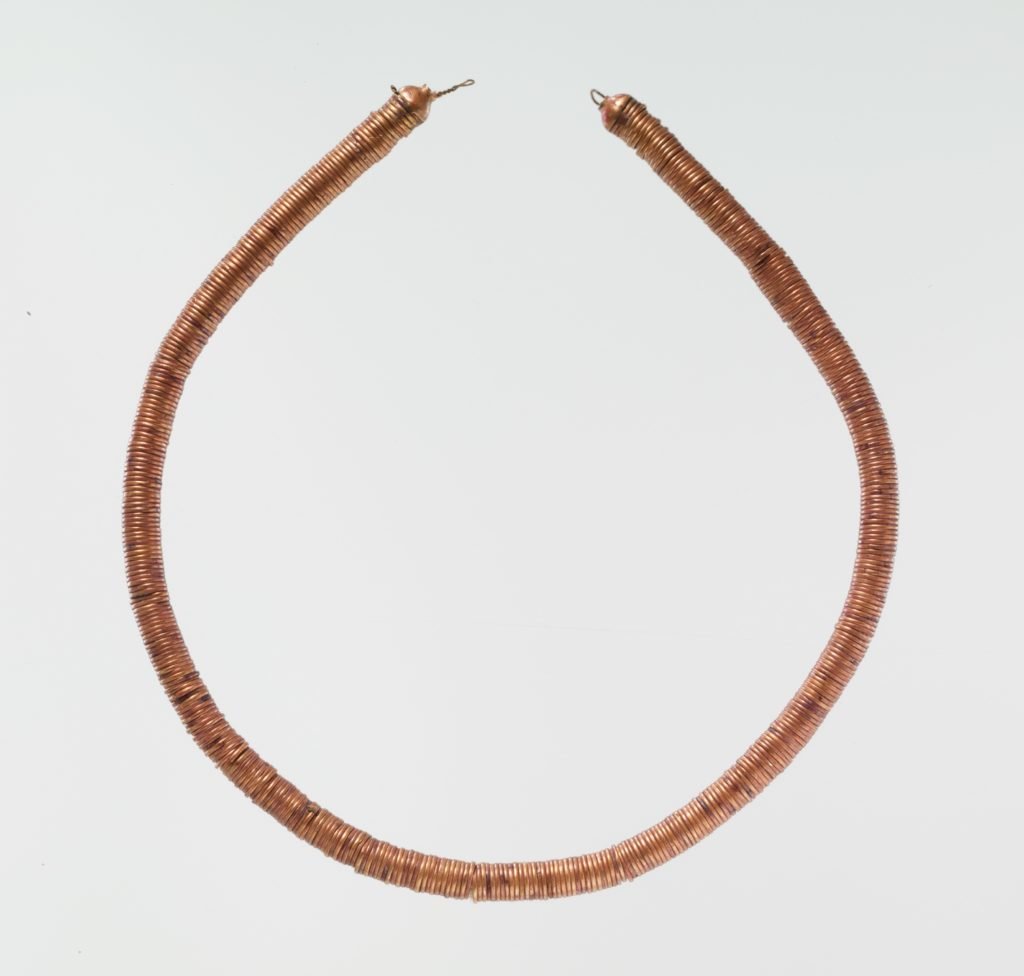 This gold ring choker from 1635-1458 BC is an uncommon example. Found in Egypt, this example likely originated from Ancient Greece. Necklaces of this type are often referred to as ‘shebiu’ or ‘shebyu’ and had royal associations – they were usually awarded to courtiers for valour or distinguished service to the emperor.

Chokers in the Early Modern Period 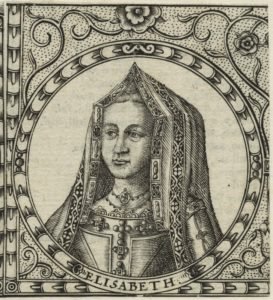 The Early Modern Period ran from 1500-1750, a period during which the ruling classed indulged in portraiture. This portrait of Elizabeth of York, the first queen of the Tudor reign, shows her wearing a tight-fitting necklace high on the neck – a choker.

Mary Tudor was known for her jewels and pearls, and also wore chokers. Perhaps the most famous choker necklace of the time was Anne Boleyn’s ‘B’ necklace, worn by her as she sat for a painting by an unknown English artist. This version of the painting was painted after her death, based on a similar work painted in the last few years of her life.

In the 1790s, during a period huge social and political tensions between England and France, there was a fashion for young women to wear red ribbon chokers as a mockery of the French aristocracy who were routinely being guillotined as part of the French Revolution. What started off as a taunt, turned into a fashion trend. 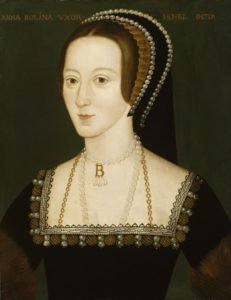 During the Victorian era (1837 to 1901), attitudes to fashion and jewellery again changed dramatically. The Royal Family became a true inspiration for many people with the rise of mass media. Alexandra of Denmark, the Queen’s consort, was famous for wearing dog collars and chokers as she was said to have a slight scar on her neck. She reignited the trend of wearing chokers; Victorian women of high standing enjoyed matching their chokers to tiaras and brooches.

Middle class and working-class Victorian women often have made their own chokers from velvet ribbon secured with a brooch.

Through time, the associations of chokers have altered so that now they’re a common piece of jewellery for women of all ages and backgrounds. In the 1970s, women wore them as part of a bohemian, hippy-style look, and in the 1990s, they were co-opted by alternative culture, serving as the perfect accessory for teenagers all over the world.

Modern chokers are usually either plain or very ornately encrusted with jewels. This gold and steel cable choker from Fred of Paris fits into the former category and has an elegant simplicity. 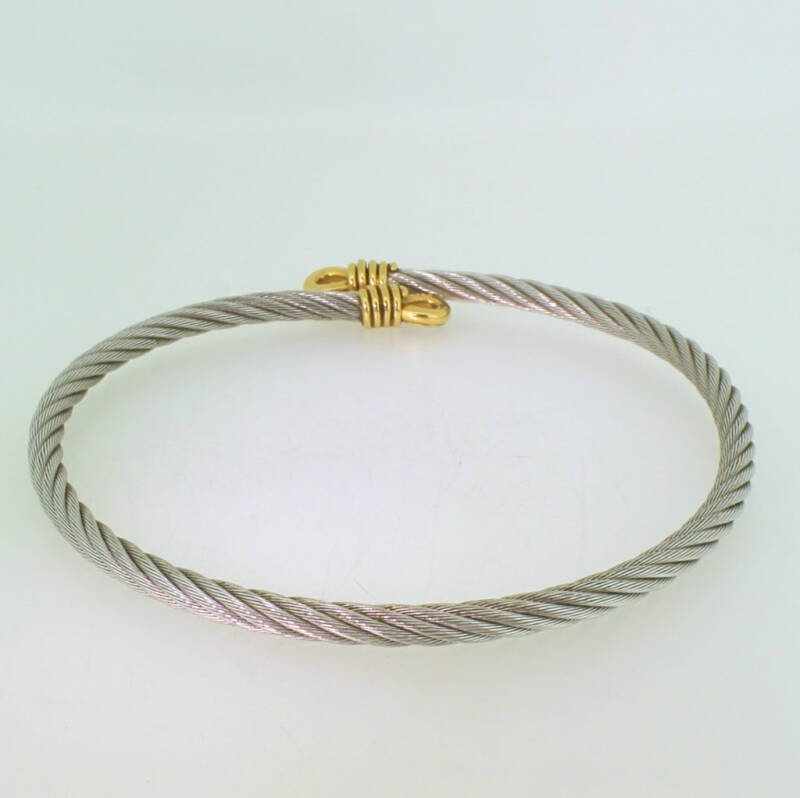 ⟵ The Significance of Birthstones: December & Turquoise
Back to the blog
What is the difference between Vintage, Antique and Estate Jewellery? ⟶